FracSinus Rock Stress Measurements AB was started in 2016; Daniel Ask has more than 20 years of experience in rock stress and its measurement.

First stress measurement assignment was with Vattenfall Hydropower AB in 1996, as a MSc student. After completing a licentiate and a doctoral degree at the Royal Institute of Technology (KTH), he received his first permanent employment in year 2006 within the Vattenfall domain. However, at that time, Vattenfall Hydropower AB no longer existed but had changed name to Swedpower AB. As a result of re-organization, Swedpower AB later became Vattenfall Power Consultant AB.

He then went to Geosigma AB in year 2014, where he stayed for about 2 years.

During these various companies, Daniel has been working almost exclusively within the field of rock stress measurements. Apart from field measurements, interpretation/analysis, and reporting, Daniel has been significantly involved in various working platform, tool, and instrument developments.

Some parts of the existing stress measurement tools were first developed within the Vattenfall years, but has since been refined, updated, and complemented.

Daniel was the recipient of the Manuel Rocha medal of the International Society of Rock Mechanics for best PhD thesis in rock mechanics year 2006. He was adjunct Professor at the department of Exploration Geophysics, Luleå University of Technology between 2014 and 2021. 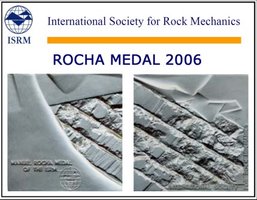